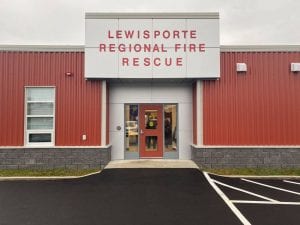 Lewisporte Fire-Rescue was formed April 11th,1949 with approximately twenty members. Smith Woolfrey was the first fire chief, and at this time the Fire Hall was located on Main Street. In 1978, the Town of Lewisporte provided the Lewisporte Fire-Rescue with a new building on Centennial Drive. This provided the department with much needed space. In 2019, the Fire Department received some much needed upgrades and a whole new section was added, this provided space for training, new equipment and a larger area for the Fire Rescue Fleet.

The Lewisporte Regional Fire Rescue (LRFR) was formed in 2018, Browns Arm joined LRFR in October of 2018, which provided enhanced fire protection service for the residents of Browns Arm and Porterville. With the addition of the Browns Arm station the number of firefighters for the LRFR increased to approximately 50 members. An upgraded radio/pager system was established to service the Lewisporte and Browns Arm areas, in addition a new fire truck was approved for the Browns Arm station which is scheduled for delivery in late fall of 2020. The addition of the new fire truck will greatly improve the fire fighting capability for the Browns Arm area and will allow response to fire calls to the neighboring community of Laurenceton.  Formal agreements are also in place for LRFR to provide fire protection to areas such as Stanhope, Indian Arm, Lewisporte JCT cottages and other outlying areas in the region. 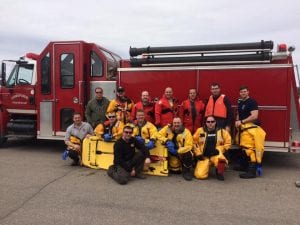 The Lewisporte Fire Rescue has a dedicated team of 35 Fire Fighters who are always ready to protect their residents at a moment’s notice, 24 hours a day, seven days a week, and 365 days a year. In addition to responding to emergency calls, the fire fighters participate in many community events, and also train every Wednesday evening to ensure they protect the residents to the best of their ability.

Lewisporte Fire-Rescue is lucky to have a fleet consisting of: 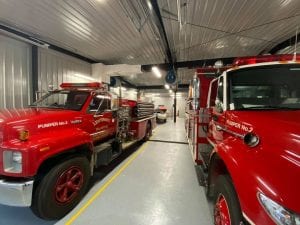